Best Places to Visit in UK 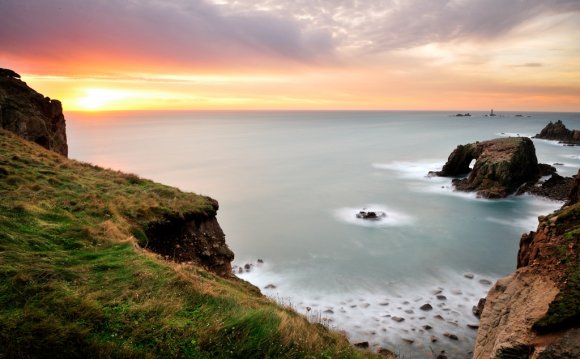 Originally a wooden structure built by William the Conqueror in 1068, Warwick Castle was rebuilt in stone in the 12th century. During the Hundred Years War, the facade opposite the town was refortified, resulting in one of the most recognizable examples of 14th century military architecture. In 2001, Warwick Castle was named one of Britain’s “Top 10 historic houses and monuments” and is one of the top attractions in England.

Located in north west England in the county of Cumbria, the Lake District is the largest National Park in the country. The main attraction is the lakes and fells (mountains and hills) carved by glacial erosion and providing dramatic and inspiring scenery. It is England’s premier destination for hiking and climbing. The park is visited by about 14 million national and international tourists each year.

Now home to the British Crown Jewels, the Tower of London served as a prison from 1100 to the mid twentieth century. The castle was founded in the winter of 1066 as part of the Norman Conquest of England and served as a royal residence before it became a prison. The Tower of London is reputedly the most haunted building in England. There have been tales of ghosts, including that of Anne Boleyn, inhabiting the tower.

The Cotswolds refers to a range of gentle hills in south central England, the main range reaching 330 meters (1083 feet) in altitude at its highest point. The region is known for the stone-built villages, historical towns, and stately homes and gardens. The Cotswolds are a popular attraction in England, within easy striking distance of London and several other English urban centers.

Durham Cathedral, in the city of Durham in northeast England is the greatest Norman building in England and perhaps even in Europe. It is cherished not only for its architecture but also for its incomparable setting. The foundation stone of Durham Cathedral was laid on August 12, 1093. Since that time, there have been major additions and reconstructions of some parts of the building, but the greater part of the structure remains true to the Norman design. In a nationwide BBC poll held in 2001 Durham Cathedral was voted England’s best-loved building.

One of the largest Gothic cathedral in northern Europe (alongside Cologne Cathedral in Germany), York Minster dominates the skyline of the ancient city of York. York Minster incorporates all the major stages of Gothic architectural development in England. The present building was begun in about 1230 and completed in 1472. The “Great East Window” inside the cathedral is the largest expanse of medieval stained glass in the world.

Located about an hour west of London, Windsor Castle is often called the largest and oldest inhabited castle in the world. It is one of the official residences of Queen Elizabeth II who spends many weekends of the year at the castle, using it for both state and private entertaining. The earliest surviving buildings at Windsor date from the reign of Henry II who came to the throne in 1154. Much of the castle, including the magnificent State Apartments and St Georges Chapel can be visited.

The 150 year old Big Ben Clock Tower is one of London’s top attractions. The name Big Ben actually refers not to the clock tower itself, but to the 13 ton bell housed within the tower and takes its name from the man who first ordered the bell, Sir Benjamin Hall. It is the 3th largest free-standing clock tower in the world. The clock has become a symbol of the England and London and has appeared in many films. In the movie Mars Attacks! for example the Big Ben is destroyed by a UFO attack.

Best Places to Visit in the UK - tourist attractions in ...