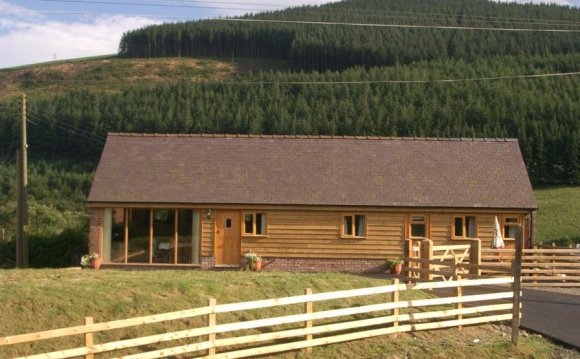 Powys Powys© Index Opencounty of east-central Wales, bordering England. Powys is by far the largest county in Wales. It encompasses a rugged landscape of valleys and mountains, including most of Brecon Beacons National Park, and the entire historic counties of Montgomeryshire and Radnorshire, most of Brecknockshire, and the southern edge of Denbighshire. Llandrindod Wells is the administrative centre of the county.

The county is named after the Welsh princedom Powys, which was at its most powerful in the 12th century but unable to gain ascendancy in Wales because of its location in the Marches (border country). Here the cultures of Wales and intermingle, for mountains and fertile river valleys, such as the Severn valley (Vale of Powys) and the Wye valley, extend east and west across the border. The concentration of communications along the valleys has forged links with England, especially with the market towns of Shrewsbury and Hereford downstream. In the eastern part of the county few people speak Welsh, but along its western edge most people speak the language.

The main elements in the landscape are the valley lowlands, the highlands (typified by Radnor Forest, the Black and Berwyn mountains, and the Brecon Beacons), and the intermediate plateaus. These features are reflected in differing agricultural pursuits, especially cattle fattening and the cultivation of oats and hay in the lowlands and sheep rearing on the high slopes. Evidence of earlier settlement is apparent in remains of the Iron Age, Roman forts in the borderlands, and features associated with Celtic princes and missionaries. The eastern limit of the princes’ power is marked by Offa’s Dyke (8th century), still prominent in the landscape and now the course of an official “walk” for the energetic tourist. The Normans later built castles at Montgomery, Presteigne, Brecon, and other sites.

Llandrindod WellsJohn StumblesToday the major towns are centres of service and light industry. Newtown on the Severn was designated a “new town” to be expanded with light industries in an endeavour to develop the Vale of Powys and check persisting rural depopulation. Welshpool and continue to be the county’s chief rural market centres. The region’s scenic mountain beauty forms the basis for an important tourist industry. Area 2, 000 square miles (5, 179 square km). Pop. (2001) 126, 354; (2011) 132, 976.