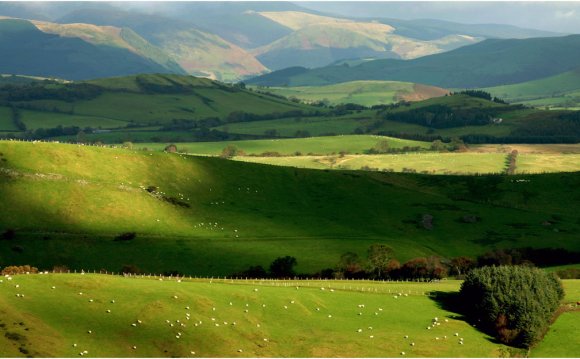 The old market town of Tregaron lies between the source of the River Teifi, the Cors Caron nature reserve and the Cambrian Mountains. The town was established as a market place in the 13th century when farmers and other members of the agricultural community would drive their herds to the weekly market long before the advent of the railways.

Todays visitors flock to Tregaron for different reasons. It serves as a great base from which to explore the Cambrian Mountains that are reminiscent of the Scottish Highlands and are home to the beautiful Soar y Mynydd, Wales’ most isolated Chapel. The Rhiannon Gold Centre and the Oriel Elenydd contemporary art gallery are also very popular amongst visitors, as is the 12th century Cistercian Abbey, Strata Florida. It is the Cors Caron National Nature Reserve that is perhaps Tregarons’s biggest asset. The peat bog is home to over 170 species of birds, including the rare red kite, buzzards and sparrow hawks. Between the Cambrian Mountains and Cors Caron it is easy to see why Tregaron has become such popular destination for walkers and nature enthusiasts.

Tregaron was also the home to Wales’ very own Robin Hood, the 16th century highwayman and trickster Twm Sion Cati, who stalked the heathered uplands to the east of town. The Tregaron annual Eisteddfod is held every September and is a remarkable celebration of Welsh heritage and culture.