Wales What to see 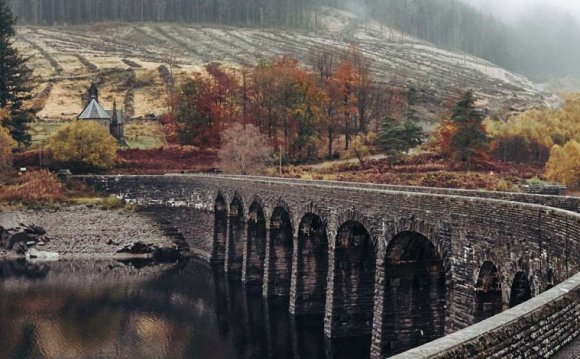 Throughout the short campaign, this blog has been publishing a series of posts that focus on each of the electoral regions in the UK. In this post, discusses the key things to look out for in Wales.

The story of electoral politics in Wales has been one defined by single-party hegemony. Since 1935 this hegemony has remained in the firm grip of the Labour Party. But with the UK seemingly entering a period of multi-party politics, will Wales head in the same direction? The 1888 edition of the Encyclopedia Britannica entry on Wales read “For Wales, See England”. Recently, commentators have developed a habit of comparing Wales to Scotland, as the ‘other’ devolved Celtic fringe. However, as this election is making clear, in electoral terms Wales has become a distinct electoral entity. For Wales, do not see England (or Scotland).

Wales currently has 40 parliamentary constituencies. Currently, 26 are held by Labour, 8 by the Conservatives, whilst Plaid Cymru and the Liberal Democrats have 3 each. For the first time in 2015 UKIP will be contesting all 40 seats, whilst the Greens will be fielding a record number of candidates in 35 constituencies.

What are the issues?

Health: Despite being a devolved matter, the National Health Service in Wales is a hot topic at this General Election, but why? Firstly, public understanding of whether health is devolved to Wales or not isn’t particularly strong, with a significant proportion of the electorate (perhaps as much as 43%) believing that the UK government still has the most influence over health. Secondly, we have seen several attacks by the Conservatives during 2014 on the Welsh NHS, with the Prime Minister referring to Offa’s Dyke as a line between “life and death”. Thirdly due to the nuances of the Barnett Formula, ultimately what happens to the NHS in England will have an impact on Welsh budgets and future funding of public services in Wales.

With the majority of people in Wales seeing health as the most important issue facing the country in this election, politicians aren’t going to worry about the subtleties of the devolution settlements if it means they can make big, bold sentiments.

Immigration: The Welsh electorate is no different to the rest of the UK when it comes to immigration. There was significant support for UKIP in Wales in last year’s European elections, with the party only coming second to Labour by a very small margin, and Wales Governance Centre polling shows that immigration is the second most important factor for the Welsh electorate, after health, in the upcoming election.

Further devolution: Since 1999, Wales has gone through more changes to its devolution settlement than any other part of the UK. From the 1997 referendum to the early days of executive devolution, through to referendum on law-making powers in 2011, there is plenty of evidence to suggest that devolution and indeed further devolution is now the settled will of the people of Wales. Combine this with the recent St David’s Day announcement (following the Scottish independence referendum) there now exists a cross-party agreement for more devolution again to Wales. This includes further powers over energy, elections and transport, to complement the tax and borrowing powers passed down following the Wales Act 2014.

State of the Parties

After their poorest showing in a general election in Wales arguably since 1918, Labour will view making gains in Wales as pivotal to their electoral success. Despite an apparent trend of decline in Labour vote share in Wales in recent years, Labour remain on track to be the largest party in Wales for the 20th consecutive general election, and they will be confident of boosting the number of Welsh seats they currently hold.

Despite decreasing popularity, Labour still benefits from the weakness of the Conservative party in Wales, an electoral curiosity that has existed for the party for over 150 years. This, combined with an unpopular coalition government, may play into Labour’s hands come May 7th.

This is not to say that Labour do not face a challenge in Wales. Ed Miliband’s popularity ratings in the run up to the election in Wales have been very low, and the lack of popularity of the Labour government in power in the Welsh Assembly adds an additional obstacle (even Labour supporters do not rate its performance highly.) The recent wave of negative press surrounding Welsh Labour’s management of the NHS also has not done much to help Labour’s cause. A recent Lord Ashcroft Health Poll showed that respondents in Wales were more critical of the health service than their English and Scottish counterparts. With voters in Wales identifying Health as the most important issue facing the country in the run up to the election, the perceived failings of the NHS in Wales could be the Achilles’ Heel of the Labour Party in Wales.

To find the last time that the Conservative vote was greater in Wales than in England, one has to go all the way back to before the 19th century period of franchise extension, 1859 to be exact, a period when less than 16% of the male population were eligible to vote in England and Wales, and half of all adults were excluded from voting by virtue of their gender.

The Conservatives strongest showing in Wales came in 1983 when they gained 14 of the available 38 seats, but subsequently failed to build upon this showing, and, in 1997, were electorally wiped out in Wales as in Scotland. Despite these historical miseries, the Conservatives will be hopeful of building on their 2010 showing of 8 seats in Wales.

The toxic media coverage of Labour’s management of the NHS in Wales, would suggest that the Conservatives pose a serious threat to some of Labour’s more marginal seats.

That said, the Conservatives must tread carefully when criticising the NHS, for fear of shooting themselves in the foot. Awareness that health is devolved to Wales is low among the Welsh electorate, meaning that any perceived failings of the NHS may be blamed on the Coalition government, rather than the Labour administration in the Welsh Assembly.

Gatland glad to see Wales back in title hunt

My trip to see Wales vs Fiji (rugby)