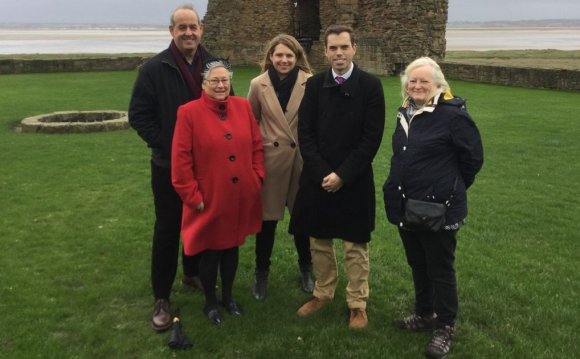 The most imposing Norman coastal fortress in Wales towers on the crest of a hill near the town of Pembroke. Built in 1090 by Arnulf, Earl of Pembroke, the castle offers magnificent views of the surrounding area from atop its massive round keep (75 ft). Adjoining the keep are the Prison Tower, the Norman Hall and the North Hall, from which a staircase leads down into the huge natural cavern known as the Wogan.

On-site exhibits include the story of the many Earls of Pembroke, a medieval banquet, displays focusing on the Civil War battle that took place here between Cromwell's troops and the Pembroke Royalists, as well as the history of the famous Pembroke Yeomanry.

According to legend, Carmarthen - the oldest town in Wales - is the birthplace of the Celtic magician Merlin of Arthurian legend. Located on the River Towy just 9 mi inland from the bay of the same name, it's the county town of Dyfed (which consists of the counties of Carmarthen, Pembroke and Cardigan, and is well known for once having been an important market town and seaport).