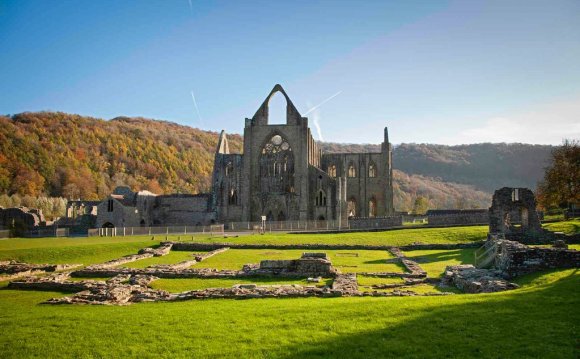 Culture: The National Eisteddfod
March 1st is Saint David’s Day. Not many people outside Wales know that. Saint David (or Dewi Sant in Welsh) is our patron saint, and we like to celebrate him by wearing leeks and daffodils pinned to our clothes. It is a traditional day for holding Eisteddfods (cultural festivals and talent competitions), with Welsh poetry, literature, music and arts being exhibited.

History: The Castle Capital of the World
Wales has a rich history that’s reflected in some of the architecture that remains. Sometimes referred to as the “castle capital of the world, ” Wales had, at one point, more than 400 castles. The Welsh’s reputation as a bit of a handful for occupying forces led to fortifications being put up by everybody from the Norman invaders in the 11th century to the English in the 13th and 14th centuries.

Copying this trend, Victorian businessmen commissioned their own “castles” such as the beautiful Castell Coch (the Red Castle) to impress their friends.

Wales was also home to the Romans for a time, and it has the ancient architecture to prove it — such as the 2, 000-year-old amphitheaters, baths and barracks in Caerleon, South Wales.

Sports: Surfing the Severn Bore
Every year, a tidal wave sweeps up the river Severn, attracting surfers, kayakers, paddle boarders and other lunatics from all over the world, who attempt to pit themselves against the river’s tidal range (often cited as being the second largest in the world).

But if that isn’t your cup of tea, there are plenty of unrivaled hiking routes through the Brecon Beacon mountains or Snowdonia National Park, as well as some of the best rock climbing and abseiling in the U.K., to get visitors closer to the dramatic landscape.

Have a Welsh Cake!
And, while you’re over, have a Welsh cake. You won’t regret it! (They’re similar to scones.) And tucking into a bowl of lamb cawl (stew), a plate of lava bread (seaweed) or some fresh seafood might provide you with an excuse to tackle Mount Snowdon head on.

Scenery: Land of Contrasts
And the landscape itself? Wales offers mountains and waterfalls in the north and famous valleys in the South, carved out by thousands of years of glacial activity, with pristine beaches, forests and reservoirs in between.

12 Spots to Fall in Love with Travel

Even aside from the noted spots of outstanding natural beauty, such as the Pembrokeshire coast, Snowdonia National Park and the Lleyn Peninsula, Wales is a place where you are never too far away from something to see, do, eat or listen to.