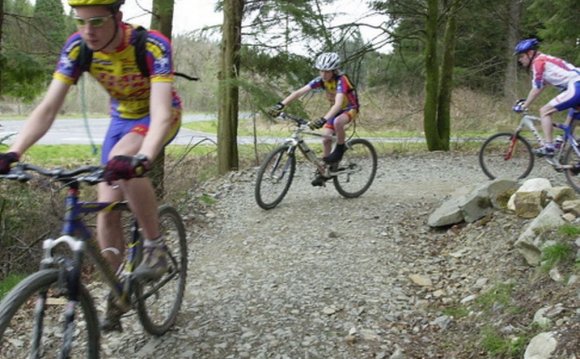 A world first inland surfing lagoon, new adrenaline activities and a prayer for good weather can see tourism boom in North Wales after a successful 2014 - with Irish visitors leading the way.

Across Wales, there are over 10, 000 businesses linked to tourism, employing more than 100, 000 people and contributing £2.4 billion to the Welsh economy.

Domestic tourism figures for the first 10 months of 2014 show that the total volume of nights spent in Wales was 1.5% up on the previous year while room occupancy at hotels had risen 4%.

Visitors from the Emerald Isle led the foreign trippers boom with an 18% increase in the number of Irish tourists coming to Wales.

Now tourist operators are gearing up for a successful 2015 as they mark Wales Tourism Week.

To further drive the Irish market a new advertising campaign has been launched in Ireland.

Deputy Minister for Tourism, Ken Skates, said: “Tourism touches all parts of Wales and the geographical spread of employment generated by the tourism sector is one of its key strengths when compared to other sectors of the economy. "It is the number-one industry in some rural communities, sustaining the local economy and culture.

“Tourism makes a vital contribution to the Welsh economy from a sector which supports 14.9% of jobs in Wales.

“Wales Tourism Week plays an important part in raising the profile of tourism as a key part of our economy.

“There are more reasons than ever to visit Wales during 2015.

“The Welsh Government has continued to invest in iconic, reputation changing products such as Surf Snowdonia which will open in 2015 and will be Europe’s first inland surfing lagoon.

“There are a number of other excellent new attractions in place for 2015, like high adrenalin new zipwire zone and underground trampolines in North Wales.”

The Wales Tourism Alliance(WTA) is calling on tourism associations, trade organisations and businesses across the country to plan events that highlight the importance of this crucial industry during Wales Tourism Week.

At Westminster Wales Office minister Baroness Randerson and Liberal Democrat MP for Ceredigion Mark Williams joined the WTA in hosting a reception to celebrate the week.

“Wales has some of the best beaches, landscapes, castles and cuisine in the UK, ” said Baroness Randerson.

“Our tourism industry’s importance to Wales cannot be overstated and being voted best country in the world to visit by Rough Guide readers was a tremendous endorsement.”

Mr Williams, who chairs the All Party Group in Parliament on the tourism industry in Wales, said: “We have some marvellous attractions across Wales.

“These range from the coastal path to the coastline and beaches, the Cambrian Mountains, some of the best food in the world, attractions such as the National Library of Wales and the soon-to-be-opened Cardigan Castle, which will be iconic in West Wales.

“We have always had in Wales the ingredients to entice people to visit and Wales Tourism Week is a great way to showcase this and provide a boost to our industry.”

Adrian Greason-Walker, WTA’s executive director, said the industry was looking to put tourism at the top of the agenda at a critical time in the political timetable.

“We want tourism associations and businesses to contact their local politicians and invite them to meet their tourism community to showcase our fantastic tourism product and emphasise the economic contribution the industry makes to local communities, particularly with regard to jobs and skills.

“Our tourism product in Wales is second to none.

“It’s crucial that we make those with the power aware of our contribution to the exchequer and its social importance, particularly to our rural communities which need the income in these stretched economic times.”