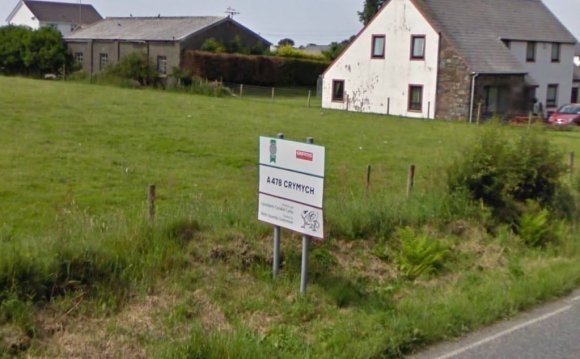 Wales: It's the land of dragons, wizards, King Arthur and the Holy Grail but did you know that the Devil is too embarrassed to visit Ceredigion?

That there's a village named after the country's bravest dog? Or that the Holy Grail itself ended up in a mansion near Aberystwyth?

Go on your very own quest to find out more about our myths and legends.

According to legend the Devil himself visited Ceredigion in the 11th century after hearing about its breathtaking scenery. While there, he struck a bargain with a local woman whose cow was stranded across the river. In a bid to buy her soul, the devil said he'd build her a bridge in exchange for the soul of the first living thing that crossed it.

When the bridge was built the woman threw a loaf of bread across it which her dog then chased.

The Devil was never seen in Wales again, too embarrassed at being outwitted by the old lady.

In the village of Devil's Bridge today there are three crossings across the river. The oldest is said to have been built by Satan himself.

The Lady of the Lake

The story goes that it was at Llyn y Fan Fach, a remote lake in the Black Mountains, where a young farmer named Gwyn won and then tragically lost the love of his life.

He fell in love with a beautiful woman who emerged from the water and she agreed to marry him but warned him she would leave him forever if he struck her three times.

They lived happily for many years and had three sons but when Gwyn struck her playfully for the third time she disappeared into the lake and he never saw her again.

She would sometimes re-appear to her sons and teach them the powers of healing with herbs and plants. They became skilful physicians, as did their children after them.

Some of their ancient remedies have survived and are in the Red Book of Hergest, one of Wales' most important medieval manuscripts.

The cup is said to be the Holy Grail, used by Joseph of Arimathea to catch Christ’s blood while interring Him in his tomb.

Medieval chroniclers claimed Joseph took the cup to Britain and founded a line of guardians to keep it safe. It ended up in Nanteos Mansion near Aberystwyth, attracting visitors who drank from it, believing it had healing powers.

The cup still exists with bits nibbled off by the sick in the hope of a miracle cure.

Belief in the cup’s holy powers have persisted despite a 2004 television documentary in which experts found it dated from the 14th Century, some 1, 400 years after the Cruxifiction. In July 2014, a police operation was launched to find it after it was stolen.

One of Wales' most iconic peaks, standing in southern Snowdonia, its name directly translates as Idris' Chair in reference to the mythical giant who once used the mountain as his throne.

There are numerous stories and legends associated with the mountain and Idris.

A few of the nearby lakes - such as Tal-y-llyn - are reputed to be bottomless, and those who venture up the mountain at night should take heed before sleeping on its slopes.

It is said that those who sleep on the mountain will awaken either as a madman, a poet or, indeed, never wake again.

Folklore says villagers in Llangernyw, midway between Abergele and Llanrwst, learn their grim fate from a supernatural being under the boughs of a 3, 000-year-old yew tree.

Each year on Halloween and July 31 the Angelystor is said to appear in the medieval church of Llangernyw in Conwy.

On those dates it solemnly announces, in Welsh, the names of those parish members who will die shortly after.

The churchyard contains the oldest living thing in Wales - a yew tree which botanists believe to be over 3, 000 years old.

The kingdom of Maes Gwyddno, more commonly known as Cantre’r Gwaelod, is said to lie under the Irish Sea in Cardigan Bay.

It was ruled by Gwyddno Garanhir (Longshanks), born circa 520AD.

The land was said to be extremely fertile but depended on a dyke to protect it from the sea. The dyke had sluice gates which were opened at low tide to drain the water from the land, and closed as the tide returned.

In around 600AD, a storm blew up from the south west, driving the spring tide against the sea walls. The appointed watchman, Seithennin, a heavy drinker and friend of the king, was at a party in the king’s palace near Aberystwyth.

Some say he fell asleep due to too much wine, or that he was too busy having fun, to notice the storm and to shut the gates.

The water gates were left open, and the sea rushed in to flood the land of the Cantref, drowning more than 16 villages.

Merlin's Oak stood in the centre of Carmarthen amid the legend that King Arthur’s famous wizard had placed a protective curse on it.