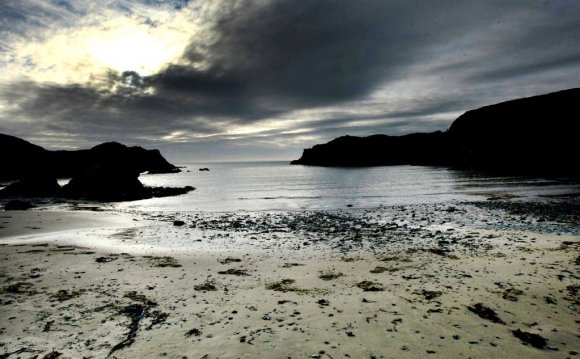 Simon Brooks bemoans the centralisation of Wales in Cardiff.

I like Cardiff. I lived there for five years. I like its people, its way of life, its restaurants and its bars. I too was excited when the Danish Bakery opened its doors in Pontcanna. I used to be a card-carrying member of the Cameo Club. When I was younger, I went dancing in Clwb Ifor Bach.

Gwynedd is great. It has mountains and sea and beaches and it has the Welsh language. It is the Bavaria of Wales. But what it doesn’t have is jobs.

And rural Gwynedd doesn’t have many young people. They all move to Cardiff. As a friend told me on the Llŷn Peninsula: “We love our children. We bring them up. And then they are taken away.”

Many patriots – of every political party – think that this doesn’t matter. They believe in the ‘Cardiff project’ because they think Cardiff can become a sort of Welsh Barcelona. A metropolis which represents the urban and the modern, the crucible in which a nation for the 21st and the 22nd century can be forged.

Even if the rest of Wales disintegrates, the Welsh nation will pull through because it has been encapsulated within the modernity of a new Welsh city, the Diff.

And indeed, a dynamic Cardiff city-region might pull through. But the downside to the strategy is enormous.

Wales must now be the most centralized country in Europe. Everything is in Cardiff. Media, government, head offices, the Big University, the international weekends, the lot.

Back in the 1970s, Gwynedd and Dyfed produced a regional political movement called Adfer whose aim was to keep everything in rural Wales, and, as a point of principle, put nothing in Cardiff, at least nothing Welsh.

Now in the 21st century, Wales has produced a movement as ideological and as stubborn as its predecessor. Its aim is to put everything Welsh in Cardiff, or near enough to Cardiff so that people can live in Cardiff anyway.

This current policy of putting everything and everyone in Cardiff is Adfer-in-reverse. We’re not building a nation in Wales any more, we’re building a city-state. And this, on every level, is wrong.

If we were serious about devolution, social justice, and the Welsh language, then the Welsh Government would make it perfectly clear that national institution A, B, C or Ch had to up sticks and move to north-west Wales.

The service is excellent. Since hearing of its demise, people have been taking to twitter praising the joyous experience of paying tax through the Porthmadog Welsh-language tax service.

Tax collectors have never been so popular!

But the service is moving to Cardiff. It’s moving to save money (of course) and in order to make ‘a big contribution to the economy of Wales’. It’s also moving so that the Welsh-language service can liaise more effectively with other Welsh-language government services, all of which are in Cardiff.

The message of HMRC centralisation is simple. And what an apt slogan for post-devolution Wales it is too. If you don’t move to Cardiff, you don’t get on.

I know that fighting to keep Porthmadog’s Welsh-language tax collection service in Porthmadog might appear to the man on the omnibus in Roath to be a somewhat parochial issue.

But it speaks to a wider truth about the sort of society we want to create in Wales. Is the new Wales merely to be the mirror image of the bad Britain of old with everything located in the capital?

Fat Bike in the Snow in North Wales