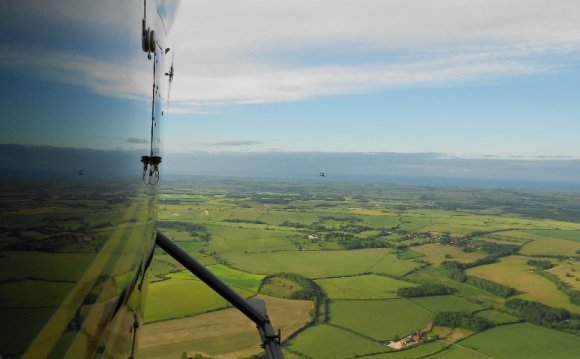 The popular choices of Nepal, Colombia and Jordan have headed a top 10 list of countries to visit in 2016.

But number eight on the list is a little closer to home – as Wales has been included, beating Kenya and Sri Lanka, and falling just behind El Salvador.

The county bagged a spot in the top 10 by Rough Guides for its “extraordinary beauty” and “remarkably preserved historical sites”.

Mid Wales has plenty to shout about – and is enjoyed every year by thousands of Salopians who cross the border for short breaks and day trips.

In fact, of the ‘Seven Wonders of Wales’ – Snowdon, Llangollen, Wrexham, Overton, Gresford, Llanrhaeadr and St Winefride’s Well – the majority lie within half an hour of Shropshire’s border.

They include the Pontcysyllte World Heritage Site, which extends from Llangollen, with its Horseshoe Falls, the International Eisteddfod, heritage railway and nearby Pontcysyllte aqueduct, to the Shropshire border at Chirk, with the canal tunnel and impressive aqueduct spanning the England-Wales border.

The tiny village of Llanrhaeadr ym Mochnant, not far from Oswestry, is well off the beaten track but also attracts visitors in their droves each year. The village is the home to Pistyll Rhaeadr, one of the Seven Wonders of Wales.

At 240ft Llanrhaeadr (Tan-y-Pistyll) waterfall is among the highest in England or Wales, with footpaths leading to the top of the falls and a cafe at the bottom.

In Welshpool the medieval castle, fortress and grand country mansion of Powis Castle attracts thousands of visitors each year to explore its magnificent gardens.

Heading further into the Mid Wales countryside visitors can discover Lake Vyrnwy with its wood sculpture park and RSPB nature reserve. The lake is a popular destination for days out, bird watchers, cyclists and hikers who want to explore Glyndwr’s Way, as well as hosting a variety of charity events each year.

On its website, Rough Guides, which produces travel guide books, said: “There’s no better time to explore one of the finest natural playgrounds in Europe.

“Many still underestimate this small country, often overshadowed by its neighbours. But these are exciting times for Wales – the country is winning accolades for its extraordinary beauty and remarkably preserved historical sites.

“Culture vultures, foodies, festival junkies, adventurers, hikers and extreme sports enthusiasts will be spellbound here, be it amid the rugged peaks of Snowdonia, on the sandy beaches of the Gower Peninsula or in the quaint rural towns and villages.”

While the big towns of Cardiff and Swansea in south Wales attract weekenders, and the north Wales coastal resorts of Llandudno and Conwy have always proved popular with holiday makers, there is plenty to attract visitors in Mid Wales as well.

Val Hawkins, chief executive of Mid Wales Tourism, said she felt the area was sadly under-appreciated by many people.

“People go to the towns in the south or the coast in the north, and it’s such a shame that people miss Mid Wales, ” she said.

“The Mid Wales region is bordered by two national parks and the Cambrian mountains. It’s a fantastic area and so close to the Midlands. From Telford over to the coast is only a couple of hours, and you can get a train from London in the same sort of time.

“There’s a huge amount of things to see and do. We’ve got phenomenal walking and cycling, we’ve got the coastal path, and we’ve got amazing wildlife, like the ospreys at Machynlleth.

“In the Marches area we’ve got the lovely countryside and wonderful hotels. The quality of the accommodation is fantastic with a lot of award-winning hotels and farm bed & breakfasts. There’s a lot to offer and all so close.”

Ms Hawkins said recognition by Rough Guides can only help make people more aware of what the region has to offer.

BBC Countryfile magazine is running its annual competition to find the best of British – from beaches and nature reserves to gardens and pubs.

There are just five nominations in the Heritage Site of the year, including the Pontcysyllte Aqueduct, north west of Oswestry, and Stokesay Castle, near Craven Arms.

He said: “This engineering masterpiece was Britain’s longest, highest aqueduct when one of my heroes, Thomas Telford, completed it in 1805. It still carries the Llangollen canal over the Dee Valley in a 307m-long cast-iron trough, held by 19 pillars of 30m. Cross by narrow boat or on foot – you’ll need a head for heights.”

He said Stokesay Castle was his “favourite little gem from the Middle Ages”. He added: “On seeing it I promptly fell for its charms.”

One fan of the aqueduct, part of the 11-mile world heritage site from Chirk Bank in Shropshire to Ellesmere, is businessman is Peter Jones who has run the Jones the Boats company on the aqueduct for the past 25 years.

He offers several different trips, from a 45-minute return crossing of the aqueduct to a longer Sunday lunch trip on a special restaurant boat.

“I never tire of the aqueduct, the area is beautiful and changes with every season. The aqueduct is such a spectacular structure and yet many people don’t know it exists. They are really surprised when they get here.

“The number of visitors has increased dramatically since it was named a world heritage site. We have tourists from American, Japan, China and of course Europe. This year we have a lot of coach trips from Germany booked in. And there is still room for our lovely local guests.”